A paprika garland with a length of 696,9 meter was noted in the Guinness’ Book of Records 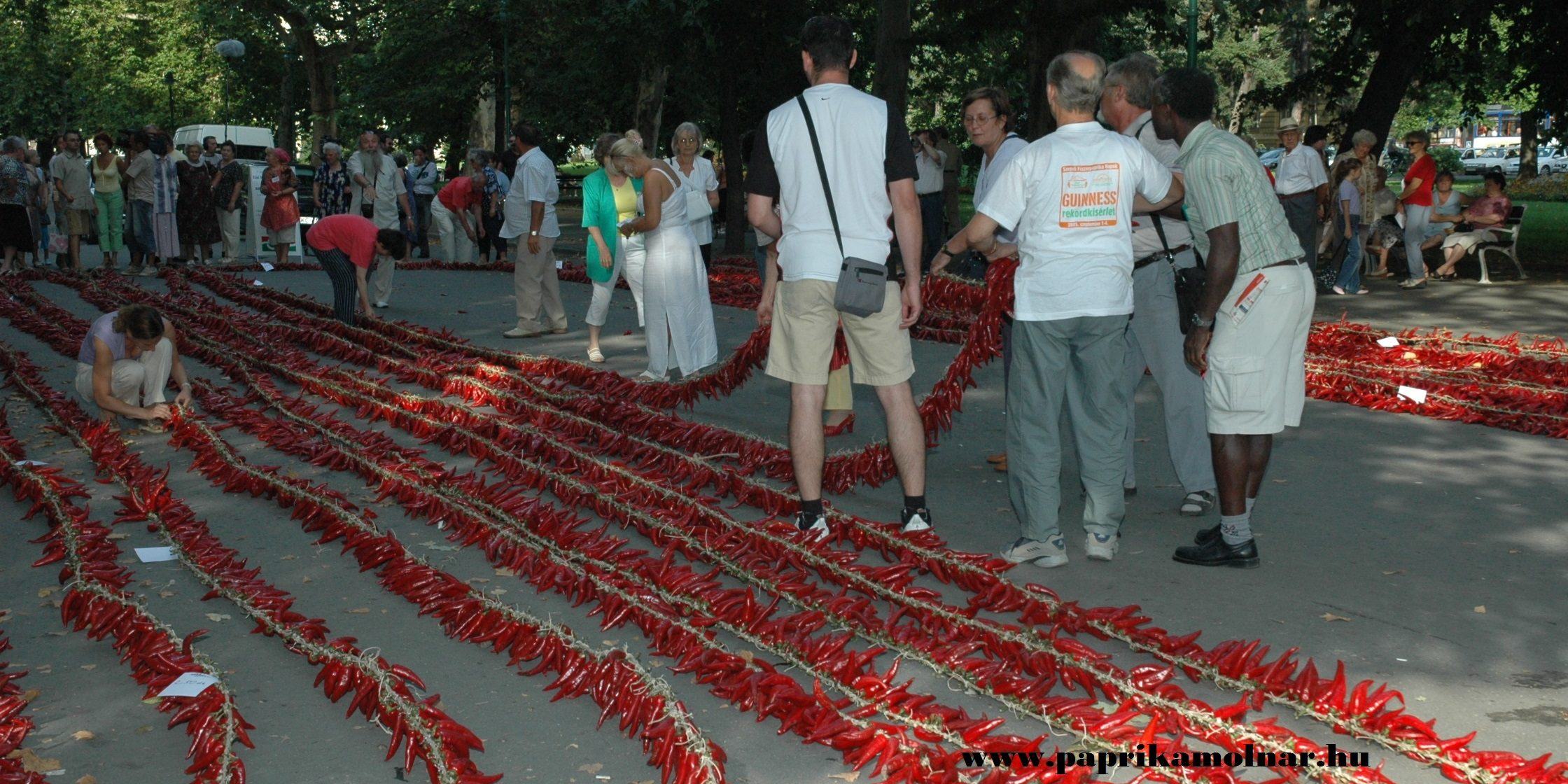 Hearing the word “Guinness,” probably most of us imagine a pint of strong Irish beer in front of them. However some of us may think of the famous Guinness’ Book of Records, a collection of certified and internationally recognized legends. Probably even fewer of us know that the two concepts are closely related: The original idea of the Guinness’ Book of Records came from Sir Hugh Beaver, director of the Guinness Brewery, who in 1951 while talking to a friend debated which is the fastest bird on earth. This inspirational debate was soon followed collecting more records and in 1955 the first „Guinness’ Book” was published.

For our self consciousness in Szeged it is better to focus on paprika instead of beer. With the Szeged Paprika Show and Chili Weekend [LINK] soon coming, let’s recall a true record that was established in our region, hosted by the Szeged Paprika Days back in 2005.

Paprika and Guinness’ Book of Records

Between September 1 and 4, 2005, a garland of nearly 700-meter of strung paprikas was completed, beating by far the former American record. This process followed a Mexican tradition to string paprikas on a long garland with a triple knot. How long? The XXL garland was 314 meters long and lined up some twenty thousand peppers.

The goal was set by the Civil Association of Szeged and Tibor Huszka, the organizer of the Szeged Paprika Days, when they decided to beat this record. And so it happened that during the three days festival the target was more than doubled. The final result, with 998 people contributing, including members of NGOs, city government representatives and many citizens of Szeged, was 696.9 meters long. During the measurements, the immense garland containing 39,954 pieces of paprika was fully spread out on the street. Once completed, it served as decoration in Szeged’s main shopping street Kárász Street. This giant garland was proudly noted in the Guinness’ Book of Records. 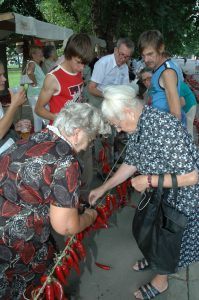 A paprika garland with a length of 696,9 meter was noted in the Guinness’ Book of Records

Of course, when it comes to paprika, the world record in stringing does not come top of mind. The main interest usually goes to making the spiciest paprika. Extremely challenging gourmets have always been competing for cooking with the hottest paprika. In 2017, the plant named Pepper X has the world record. The powerful hot taste of this paprika scored 3.18 million units on the Scoville scale for measuring spiciness. For comparison, on this scale the mexican jalapeño ranges from 2500-8000 units. Pepper X, in its pure form, is absolutely not suitable for human consumption, but it is present in the ingredients of a special hot sauce called “The Last Dab”.