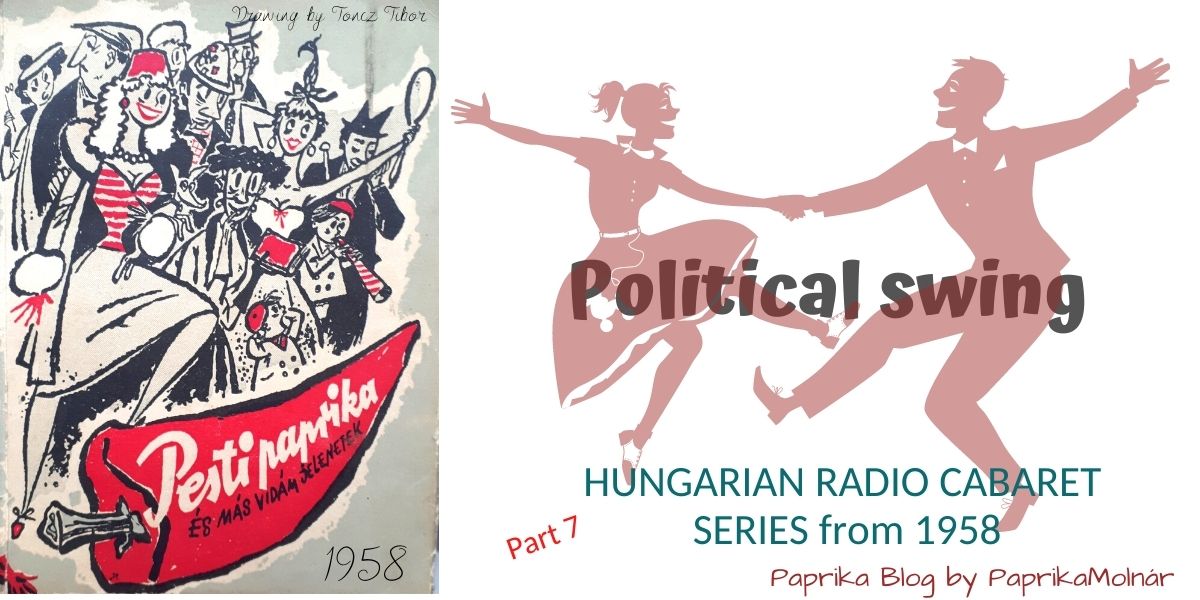 Humour, criticism, political views and spicy paprika come together in this Cabaret series from the end of 1950s Hungary.

To interprete this particular cabaret scene we changed the original title from „career tango” – for want of a better word – to „political swing”. The Hungarian version is about moving right and moving left before entering (a party). The English version is about swinging right and left, as in politics…

I recently visited a dance school, where I was supposed to make an interview for a weekend magazine. I was getting ready for stormy rock-and-roll music so I took some bromide as sedative. To my greatest surprise, the school dance teacher was teaching a very special swing to students.

CABARET HOST: Excuse me, sir! I’m sorry for interrupting the class, but may I ask what kind of a dance is this?

DANCE TEACHER: You certainly may, sir. This new dance is called political-swing. (To students:) Come on, let’s go. Swing to the right, swing to the left!