The Book of Paprika 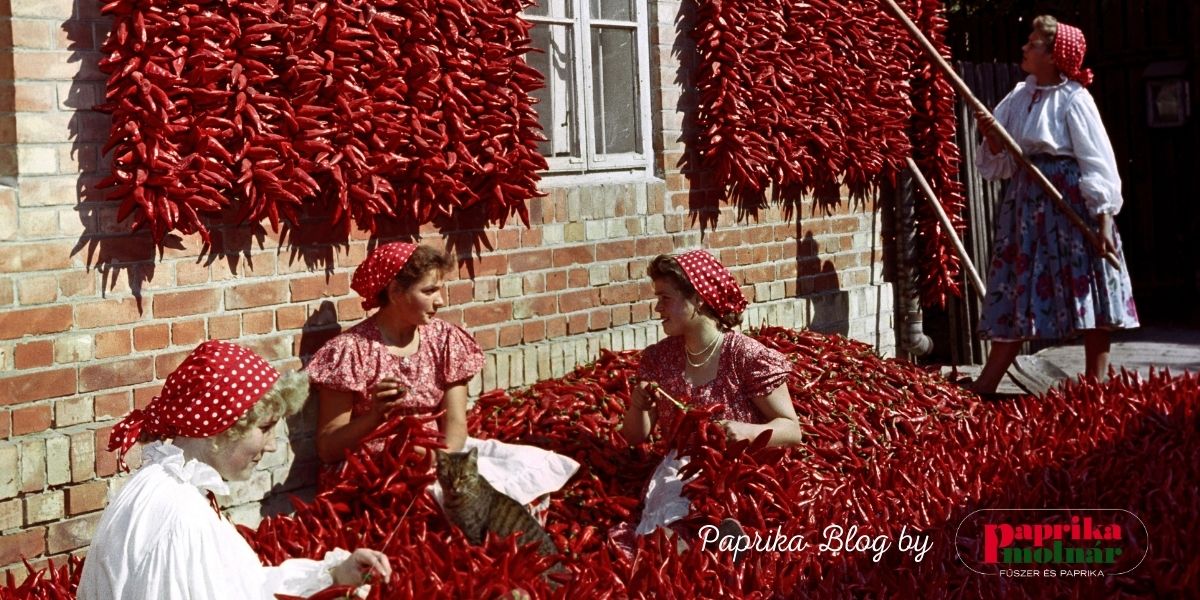 It’s March 2021 and it’s high time to pick up posting in English after our last post Pesti paprika in September 2020. During the past 6 months PaprikaMolnar was busy coping with understaff on the workfloor, illness (nothing major, luckily) and a cutback in sales in the catering and tourist market. We can hardly wait for restaurants to open and tourists to return! But, good things happened, too, the best is that I wrote the Book of Paprika that I had been planning for years now! It’s written in Hungarian, it’ll have 200 pages full of illustration and in the book I’d like to celebrate my hometown and the people who created Hungarian paprika culture. For the title I chose A szögedi paprika, where the word “szögedi” means “from Szeged” in our native dialect.

Why I wrote the book?

I come from a paprika-growing family, the village where I grew up and the city where I went to school and where I live now is the cradle of Hungarian paprika industry. I’ve seen extensive paprika fields and engaged in most paprika-related work with my family.

Paprika growing and production started in Szeged two hundred years ago. In the twentieth century every year thousands of people joined the paprika business and earned a living from it. Paprika production is however nearly a thing of the past: corn, wheat and sunflower have replaced paprika fields and machine cultivation is in place of manual work. Now we import paprika from other countries and local production has gone down recently. However, the purpose of my book is not to grieve and feel sad over this but to celebrate the past and save whatever we have for the future.

Our life may have changed but we Hungarians continue to love paprika and it is very much visible in our life. We cook with it, we take pride in it, we compete with whose red paprika is redder. We eat stew and goulash and fish soup at weddings, Christmas night and on most big occasions. We have expressions with paprika: when we get upset, we get a “paprika-face”, or, we describe light red colour (with a shade of fiery orange) as paprika-red and that’s a lovely colour to us. For home-comers we cook paprikash with noodles. If we yearn for our home, we cook paprikash or goulash. Paprika is much more than just a spice. It’s like home to me and I believe it is for a lot of other people.

In the Book of Paprika I tell about the birth and highlights of paprika culture in Szeged, Hungary. I explore the aspirations of the first farmers who took to planting the seedlings every year, the first paprikamillers that experimented with millstones. The first biologists and chemists who began experimenting with the plant and its product. The first merchants that took with them the new plant and told everyone on the way about the health benefits of the paprika fruit. And, hundreds if not thousands of families that set up workshops in their courtyard and threw themselves into the work of turning the hot spice into a mild one. I tell about how these aspirations formed into a local culture and how that culture was tied together by kinship, common work and mutual help and the people’s deep Catholic religious faith. In the book I focuseded on the stories and the people who made paprika culture in Szeged. And, of course, I didn’t forget to post great recipes for goulash, fishsoup and stews from Szeged.

The Book of Paprika is due to be published in April 2021. It’s written in Hungarian but I’ve used a lot of spectacular illustrations for non-Hungarian readers to also enjoy the book. Our Paprika Blog posts in English will from now on post not only translations of the Hungarian weekly posts but will start to publish summarized chapters of the Book of Paprika. Who knows, maybe one day, we’ll have an English-language Book of Paprika for English readers?! 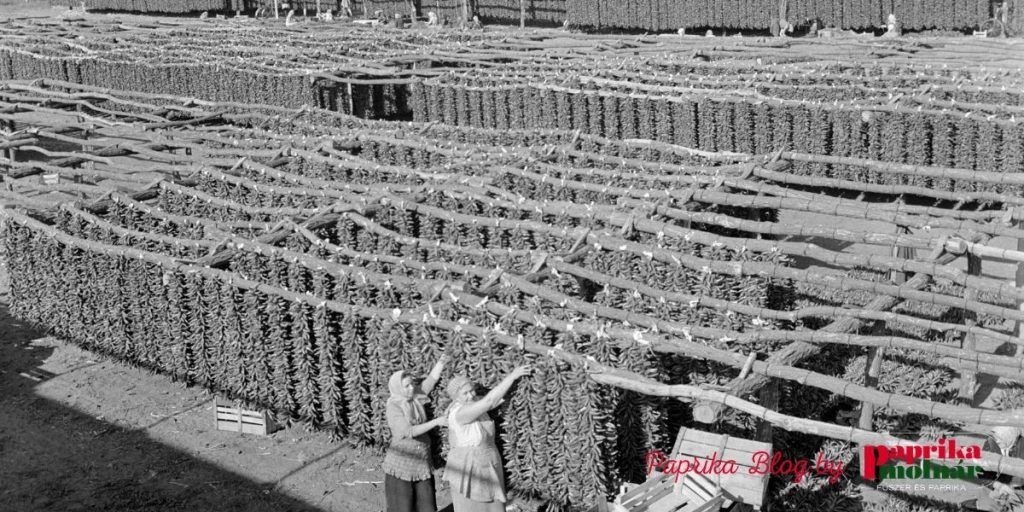