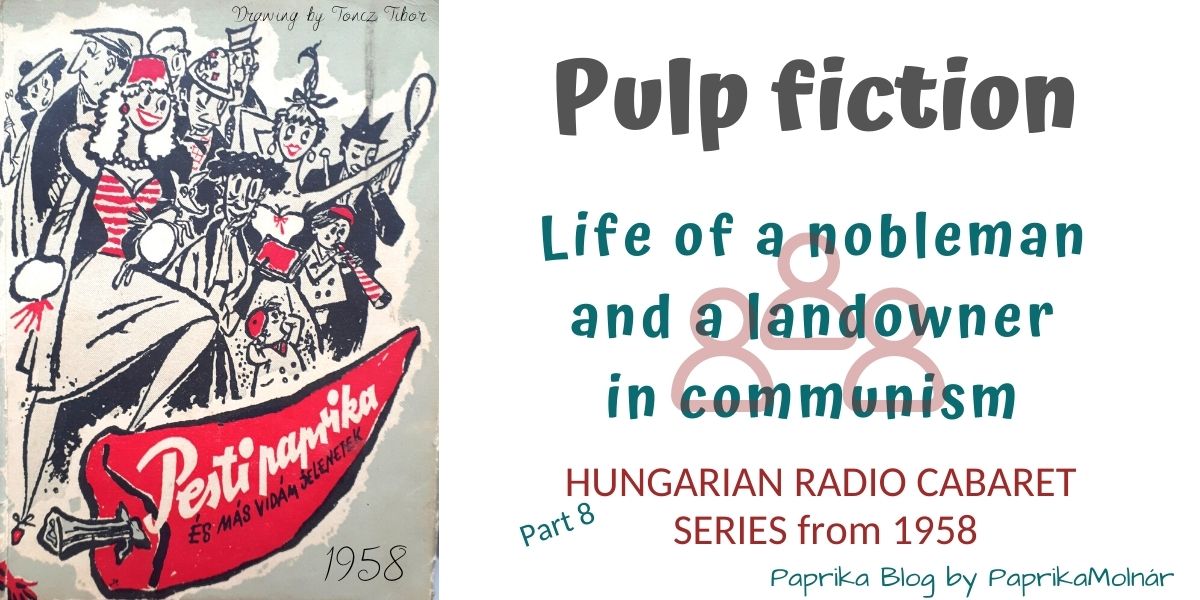 Humour, criticism, political views and spicy paprika come together in this Cabaret series from the end of 1950s Hungary.

This scene called Pulp fiction offers criticism of 1950s Hungary. The reality behind the humour is biting:

Wife: What are you reading, sweetheart?

Husband: Something really interesting and exciting!

Wife: Is it some pulp fiction?

Husband: No, definitely not. It’s a novel on today’s reality.

Wife: What’s it about?

Husband: It’s about a nobleman  who is married to a wealthy woman. He is living an incognito life and presents himself to the community as a poor man to get closer to people’s heart.

Wife: And you call this non-fiction? Such stupidity! Where can you read things like that today? Tell me, who wrote this?

Husband: Well, this is a political report on me. The party political HR wrote it. I am that nobleman incognito.