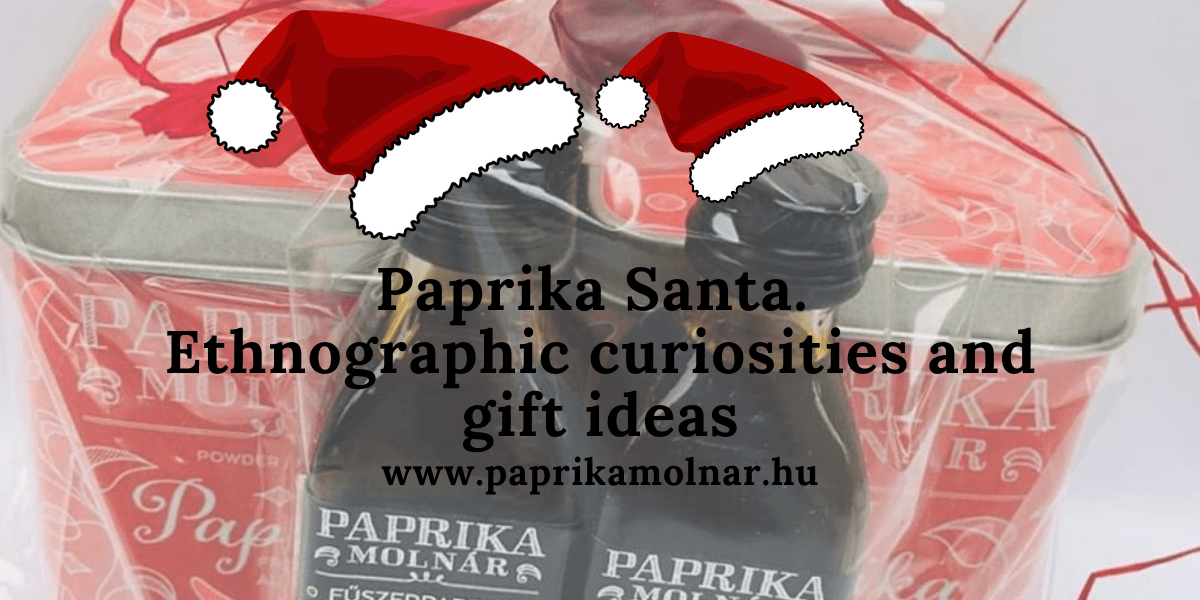 The Advent period – in fact all of December – is a collection of celebrative days. There is Borbala Day, arriving with a branch of a blooming fruit tree, then there is Luca the witch, and of course the holy night of Christmas Eve, followed by two days of Christmas. Then finally the Small Saints and the farewell of the Old Year. However, the fantasy of children will probably be most triggered by Santa Claus arriving on December 6th.

In the 4th century, St. Nicholas of Myra, a town located in Turkey is one of the most cherished saints of the Catholic Church in the Middle East. Legend has it that Bishop Nicholas once laid golden nuggets in a small window of a poor families house, who without his help, could not have offered their three daughters for marriage. The todays habit of putting a gift in a window probably has something to do with it.

From the 11th century onwards the cult of St. Nicholas became widespread throughout Europe and medieval songs testify its popularity, even in Szeged. His figure was later combined with a big-bearded old man, who in the beliefs of many nations, is impersonating the coming of winter. „Daddy Winter” appeared in Hungary from Russian influence.

The habit of Santa Claus presents is a relatively new civil custom, referring to Austrian connections. Just like the appearance of the little devils accompanying Santa Claus. In the 20th century December 6th became the day of appraising and rewarding children. Putting the polished children boots in the window in the evening is still a custom. All to wait for next day surprises and little gifts like walnuts, apples, and some of them got the less popular rod. Like it or not, nowadays, the material side of the celebration has taken over, more and more serious and expensive gifts are given that usually don’t fit in a pair of boots.

Here at PaprikaMolnár, we are also offering some small Hungarian gifts, not so much only for children, but rather for their mothers in the kitchen.

Let’s start with a treat for Santa’s night! As sweet tastes will be dominant at Christmas, for now we offer something spicy and hot. Cheese Bearded Chili Santa Clauses can function as salt, sour and spicy appetizers and boost the good spirit for the upcoming holidays.

And if you prefer putting a more meaningful gift in the window of the housewife – who is already preparing the Christmas menu – we suggest our paprika gift package, containing a selection of paprika products like freshly milled spice, flakes and seed-oil. This will really spice up the Advent and the Xmas holidays. 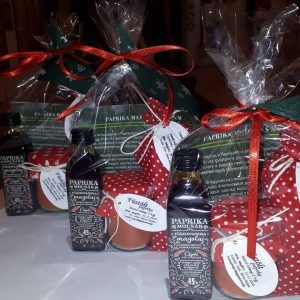 Paprika Museum item: Paprikamiller and other folks in the Folqa Collection
2020.02.12.