You might know that paprika was used for the breakthrough isolation of vitamin C? 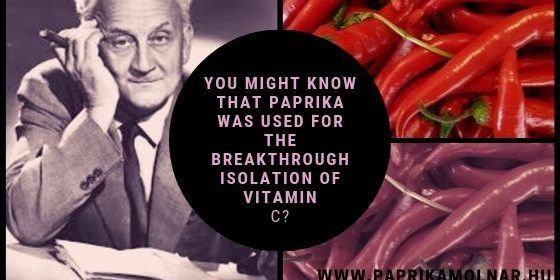 Albert Szent-Györgyi is one of the few Hungarian scientists who has gained big recognition all over the world. The Nobel Prize-winning researcher awarded for isolating vitamin C is certainly one of the most exciting personalities ever. Many people might know that he used paprika for his breakthrough research. But only few people know that this biochemical genius is also known for his political significance and his turbulent private life.

As Albert Szent-Györgyi was born on September 16th we have compiled 16 interesting lesser known facts to celebrate this occasion:

1; Albert Szent-Györgyi was born in 1893 into a famous “medical dynasty” (the Lenhoss family) in Budapest.

2; During his high school years, the to-be scientist did not perform very well which made his family hire a personal tutor.

3; As a student Szent-Györgyi decided to pursue a medical diploma being funded by one of his uncles. Since his relative was suffering from hemorrhoids, Szent-Györgyi devoted his first researches to diseases of the rectum. Later, he was joking about science starting at the “wrong end”.

4; Aged 24 he was forced to join World War I. He worked as a military doctor, but in order to get out he self inflicted an arm-injury with his own gun.

5; After World War I Szent-Györgyi studied in Holland and Germany and experienced working abroad.

6; Szent-Györgyi returned to Hungary in 1930 at the personal request of Count Klebelsberg, Minister for Religion and Education.

7; In the same year Szent-Györgyi became the head of the Department of Biochemistry at the Szeged University.

8; In 1931 he started examining paprika in Szeged. The legend tells that he originally didn’t even like this vegetable, so when his wife offered him paprika, supposedly he said, “I’ll check it out in the lab.” The rest is history.

9; Appearantly, in his research he had been processing paprikas in such large numbers, that there was an ongoing line of wagons all the way from Röszke to Szeged to supply his laboratory with enough vegetables.

10; Vitamin C was already discovered before Albert Szent-Györgyi. The importance of his Nobel Prize winning research was to isolate the substance and describe its exact chemical formula. He was awarded the prize in 1937 and is the only Hungarian Nobel Prize winner who conducted the research in his own country.

11; Due to his excellent English language skills Szent-Györgyi was involved in political diplomacy. During World War II, at the request of Prime Minister Miklós Kállay, he officially represented Hungary to discuss the rise of Hungary with the Allied Forces. It is said that when Hitler became aware of this, he personally ordered to arrest him.

12; She has a license to fly an airglider and he was one of the first persons in Hungary to drive both a motorbike and a car.

13; Like many scientists he always enjoyed great popularity among women. The handsome Szent-Györgyi was married four times, his last wife was fifty years younger than him.

14; His discovery was not about gaining money, but about offering sincere help. Vitamin C, isolated from the fruit, has greatly relieved the pain of patients in the scurvy-affected areas.

15; He never broke his warm connection with Hungary not even after his emigration to USA in 1947. In 1976 Szent-Györgyi was a honorable member of the delegation that brought home the Holy Crown of the first King of Hungary.

16; Szent-Györgyi loved sailing, even at the age of 90! This was probably due to the fact that through his entire life he was consuming large amounts of vitamin C until his death in 1986. 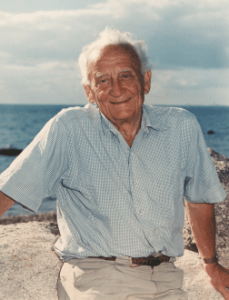