From wheat to paprika – from a bunch of papers to museum 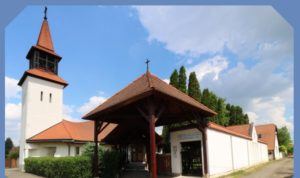 How did we go from getting a bunch of papers to actually building a museum? How did it all begin?

What set the idea off was when my father, Albert Molnár, bought several thick folders with neatly organized documents in them. The papers had once been the property of the Szánthó family who ran a mill in a suburb of Szeged from the 1890s to the late 1940s. The documents contain invaluable information on how wheat-mills switched to paprika-milling at the turn of the century, or what revenues and costs had to be taken into consideration when running a business at this time and how engaging the mill-owners were in the life of the community they lived in.

Who were the Szánthó Brothers? The family lived in Szeged-Szentmihály, next to the Lábdy Mill I’ve already written about. The founder of the business, Mihály, had earned a certificate for running steam engines and built a wheat-mill, which served the local community until 1909 when they extended the building and installed new mills for grinding paprika. Years later, with enough experience in the paprika industry, they were ready to apply for a patent for a new equipment and procedure to process paprika: the machine cut the paprika fruit into two and sent the pieces through rolling brushes, which brushed off the hot particles from inside the flesh and brushed off superfluous dirt from the outer skin of the fruit. The mill and its innovations were also open to visiting university students from town.

Mihály and his sons, József and Lajos, were valuable members of the community in other ways, too. Lajos was head of the church committee and was adamant in persuading his peers and the community to collect money to build a new church. The records of the donations for the church were meticulously registered by him so that tracing and keeping track of money was easy. They were similarly adamant in recording and archiving incoming and outgoing mails and payments, in short they excelled without excel sheets.