From lecsó to paprika. Bulgarian gardening 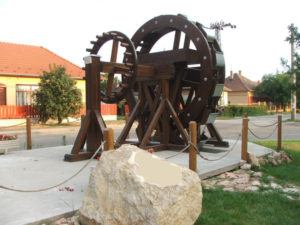 Hungarian lecsó, stuffed pepper, pumpkin cream with dills, fried eggplant slices,butterhead lettuce dressed in sweet-and-sour sauce, and cucumber salad topped with sour cream and a pinch of red paprika powder are some of our most common summer dishes. What’s common in them besides being Hungarian summer faves? Most of them have a vegetable in them that were introduced to Hungary by so-called Bulgarian gardeners back in the nineteenth century. Who were Bulgarian gardeners? What does Bulgarian gardening technology mean?

Farm people from Bulgaria were nineteenth century agricultural migrants moving north from the Balkans until the first world war. Bulgaria like Hungary had been under Turkish rule and during that time they borrowed and improved Turkish land use and growing practices of kitchen vegetables.The major strength of Bulgarian gardening technology was their absolutely effective land use: careful choice and arrangement of plants, protection against frost, use of hot-beds for seedlings, raised beds for growing, continuous irrigation and soil treatment, and clever fertilization technology. The so-called Bulgarian wheel was their invention: it was a wheel with many buckets that pulled water from its source and from the buckets the water was led to an elaborate system of canals between rows of plants.

As a result, Bulgarian gardeners enjoyed high yield, often ten times higher than with other traditional growing practices. They were first to sell their fresh products on the market, often a month earlier than other local Hungarian gardeners.They also had an eye for sales: they settled and built their gardens next to busy marketplaces and knew how to keep their goods as fresh and inviting as possible. By the end of the nineteenth century large Bulgarian gardens existed around Budapest and southern Hungarian towns, among them Szeged. Bulgarian gardening practices definitely contributed to the successful growing of the non-native paprika plant. Without them, Szeged people would not have been able to create the red paprika powder that “put Szeged on the map of the world”.