Paprika and Fransiscan Friends. The heritage of the monastery garden 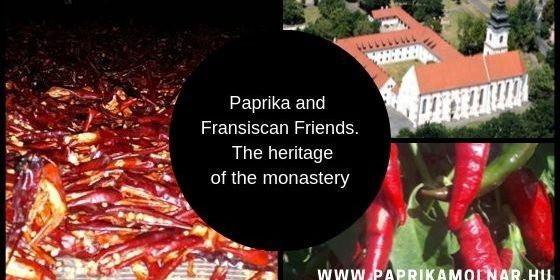 In our articles on the Szeged suburb „Alsóváros” or Lower Town, the importance of the Franciscans has been mentioned several times. However, the history of the monastery garden and its impact to date have not been discussed in detail.

This history starts with the establishment of the Franciscan order in Szeged in 1316. Some 200 years later the monks consecrated their first church on Matthew square, ever since it has been rebuilt several times until it reached its present shape.

The Franciscan friends were not only priests of the community but also worked as healers. The people really needed their medical service because in the 16th century this was hardly available. In those days the farmers knew very well they needed to take care of their own healthcare. For sicknesses – as well as for many other problems – they could rely on certain specialists (such as ’herb-ladies’, midwives, barbers and of course, monks).

But how did the monastery garden become the “pharmacy” of Alsóváros, and how did paprika became one of its miraculous medicines? At the consecration of the church the first paprikas were probably brought by Franciscan friends travelling across the Balkan and planted in the monastery garden as an ornamental plant. Sándor Bálint, a 20th century researcher of plant cultivation from Szeged, says: “We know that the Szeged monastery once had a large garden, rich in healing herbs, exotic plants, and huge trees…. malaria has decimated our people, and it appears the soothing paprika was an effective remedy for that” 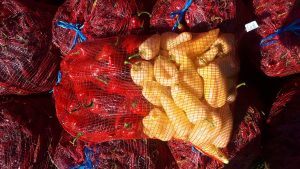 So the landing station of the paprika plant was probably the monastery garden, from there it was spreading to the gardens of individual farmers from Alsóváros, and later to the surrounding fields. Its mass presence today can not be proven better than all those harvested paprikas completely covering the territory around our mill or our drying hall working day and night. 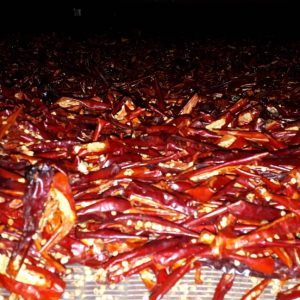 The healing effects of paparika soon became part of a popular belief. It was believed that paprika-brandy would cure almost every illness, patients had to drink 7 shots to cure fever attacks, and for treating malaria you needed even 77 shots.

The Alsóváros church, the Franciscan monastery and the monastery garden are still the spiritual center of Szeged. Especially during these beautiful days early October, life is buzzing around here. This autumn, on October 3rd, people are invited to an outdoor picnic in the monastery garden. The collections of the Court of Delicacies and the charity cooking are used to support the St. Francis Kitchen for the Poor.