The times they are changing. The red millers from Alsóváros, 1959.

Similar to our recent posts, we chose an old newspaper article as the subject of this post. The publication on August 6th 60 years ago features the life in the Szeged suburb Alsóváros titled: “Among the Red Millers”. While in our days we strive to preserve the authentic nature of city suburbs, the article writes that the goal is fast modernization. Times are changing… It is describing the life of red millers, in other words: paprikamillers in Szeged:

“Many books have already been describing the history of the Alsóváros paprikaworkers from how they started to where they ended up. Therefore, after reading a few chapters, I decided to actually go out and meet someone living and working there. So not someone on the field growing and cultivating the paprika, but someone processing the paprikas right here in Alsóváros, because – as it also counts for Mr Antal Csóti – it is the mill workers, the „Red Millers” that can really compare the past and the present in this part of Szeged. 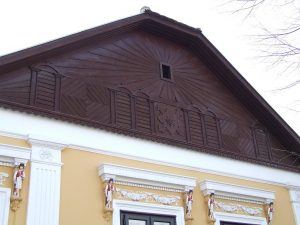 A typical house from Alsóváros

Uncle Csóti has been living in Alsóváros ever since he can remember. He loves the combination of the traditional claywall houses, with between them some attractive modern villas; the variation of dirtroads, stone-paved pathes and asphalted streets. He was born here and probably he couldn’t live anywhere else. His father worked in the paprikafields, in fact all the up and down going branches of his familytree are „made of paprika”. Some worked outside in harvesting the fields but most of them were working here to split the fresh paprikas and bind them on garlands. He himself used to be a sacking worker, but now he is a mill worker at the „Paprika Processing Company”. He is fully blended in with this neighbourhood with its houses; with all its mills, of which some 18 used to be in operation; and also with the brand new factory that fully replaced the home-made paprika process.”

“The hard physical work in the mill with all the shocks and all the stairclimbing ruined his feet and almost his heart. There were times he had to take-up the heavy paprikabags even six times until it achieved the satisfactory fineness. Today in the new paprikamill all the dried paprikas are being poured in at the same time and milled with a smart pneumatic process. Although most of the workers can hardly explain it, for sure they know the physical benefits it brings.

The male workers outfit is fully red, just like 15-20 years ago, looking like the construction workers that time who were always taking the paprika for rubbing-in their small pieces of bacon during lunch at the construction site. This is how they went home too, because at that time the paprikamills did not have showers or dressing rooms. They washed them in a bucket of water. The female workers uniforms recently changed. After 10-15 years of achievement their festive outfit became their working dress. Much better and of course much prettier. As they say: „the times they are changing”.”

The old Alsóváros was a typical village in such a way that under the many trees the noisy and roaring traffic sounds of the city were totally silenced. The many gardens and small one-storey houses together formed this peaceful Szeged suburb making it a paprika-quarter. And everything is still standing there today, the old and the new, the paprika factory and the cooperation with its bus service. Although it is very difficult to wash out those typical village-images what really matters is that this part of Szeged is developing, and with this change the life of many paprika-workers is constantly improving.